Aliki is an artist and music teacher who lives in Athens. She accomplished her musical studies on the Piano, Counterpoint and Opera at the National Music Academy. She came across the ancient Greek lyre in 2004, while she was exploring the string instruments.

Aliki studied ancient musical fragments, and she developed a personal way of playing. Techniques borrowed from the Harp, the Krar or the Kanun are woven into her style. She combines the Lyre with many different instruments such as the wooden flutes, the Sitar, the Lyre from the Black Sea, Cretan Lyre, Dub Music, etc.

Aliki summons the lyrical Sapphic spirit with her melodies, and she also takes inspiration from the Asia Minor, Byzantine music, Indian music, etc.

She has performed with the ensemble Ghi & Thalassa (2007-2012), she recorded a music albume with the world-awarded Byzantine singer Nektaria Karantzi, she wrote the music for Acropolis Museum reconstruction documentary (2014), and many more.

Aliki also recorded a solo album, Shappho's Whisper based on lyre techniques and voice, which was released in 2018.

Along with Zafiro Hatzifotiou, and Chrysostomos Boukalis, Aliki presented Leda and Swan, songs for lyre, double bass and voices at Ecole Francaise d' Athenes for the 9th Moisa International Conference. Aliki today is an active performer, playing often in Athens, Zurich, and many more! 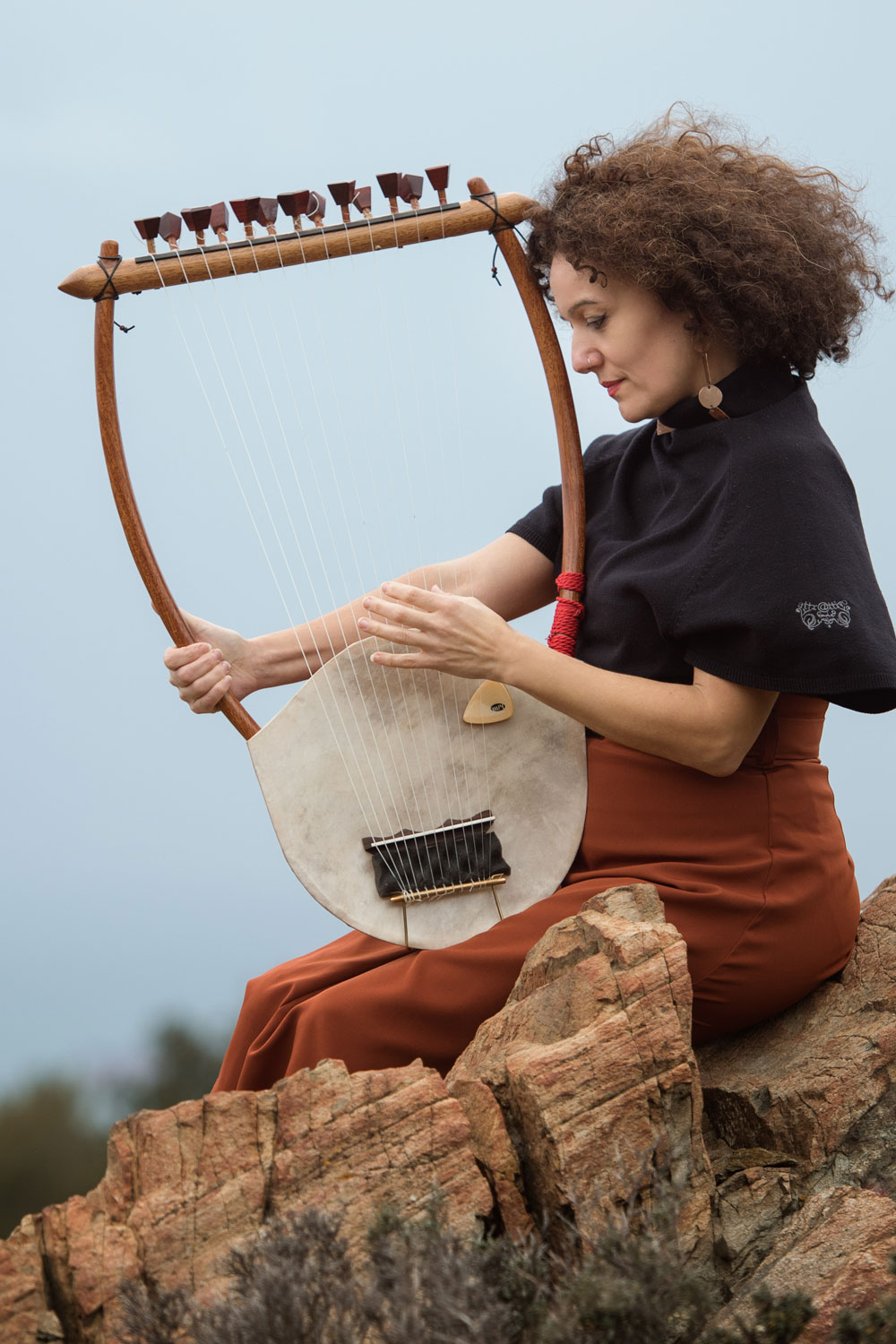 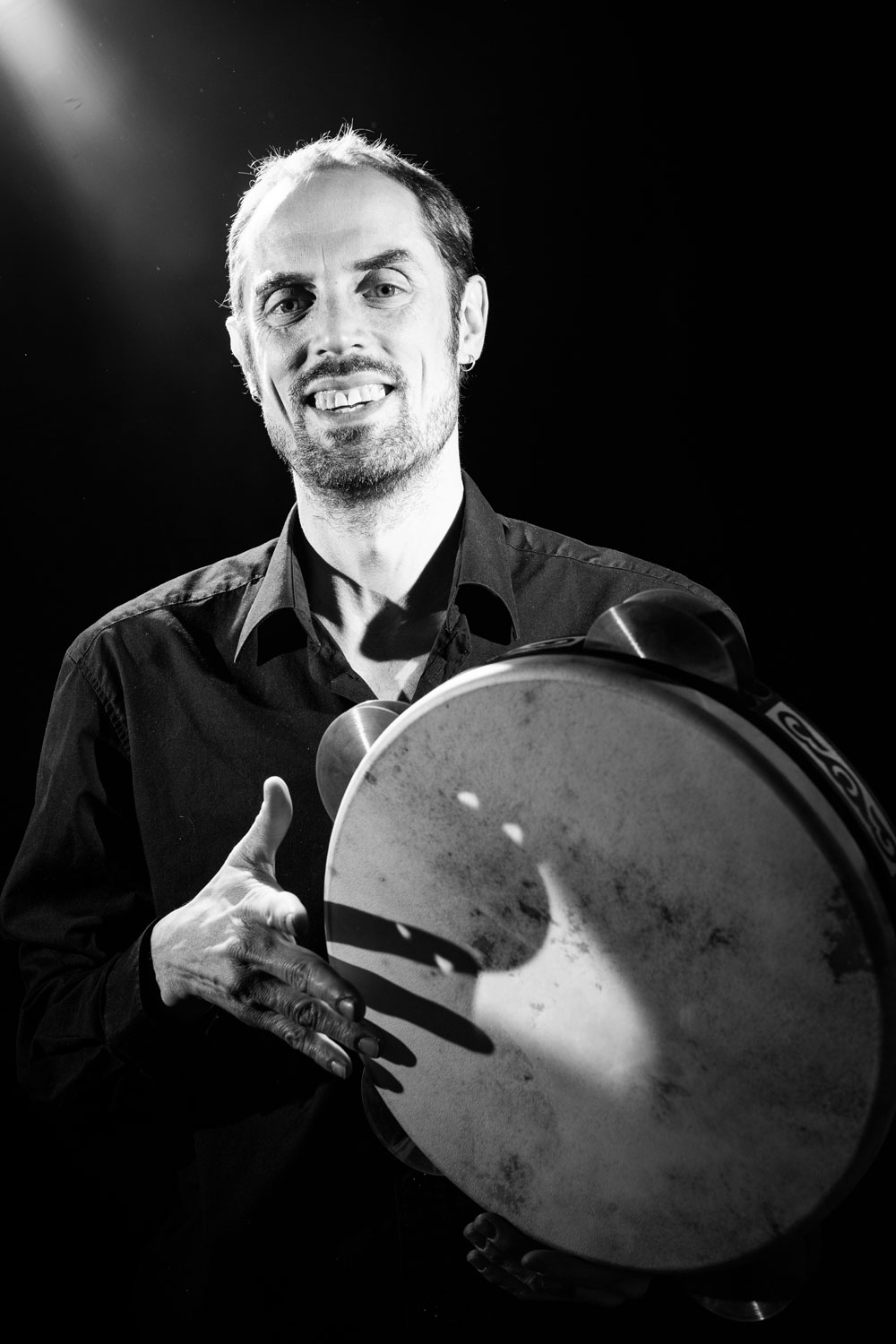 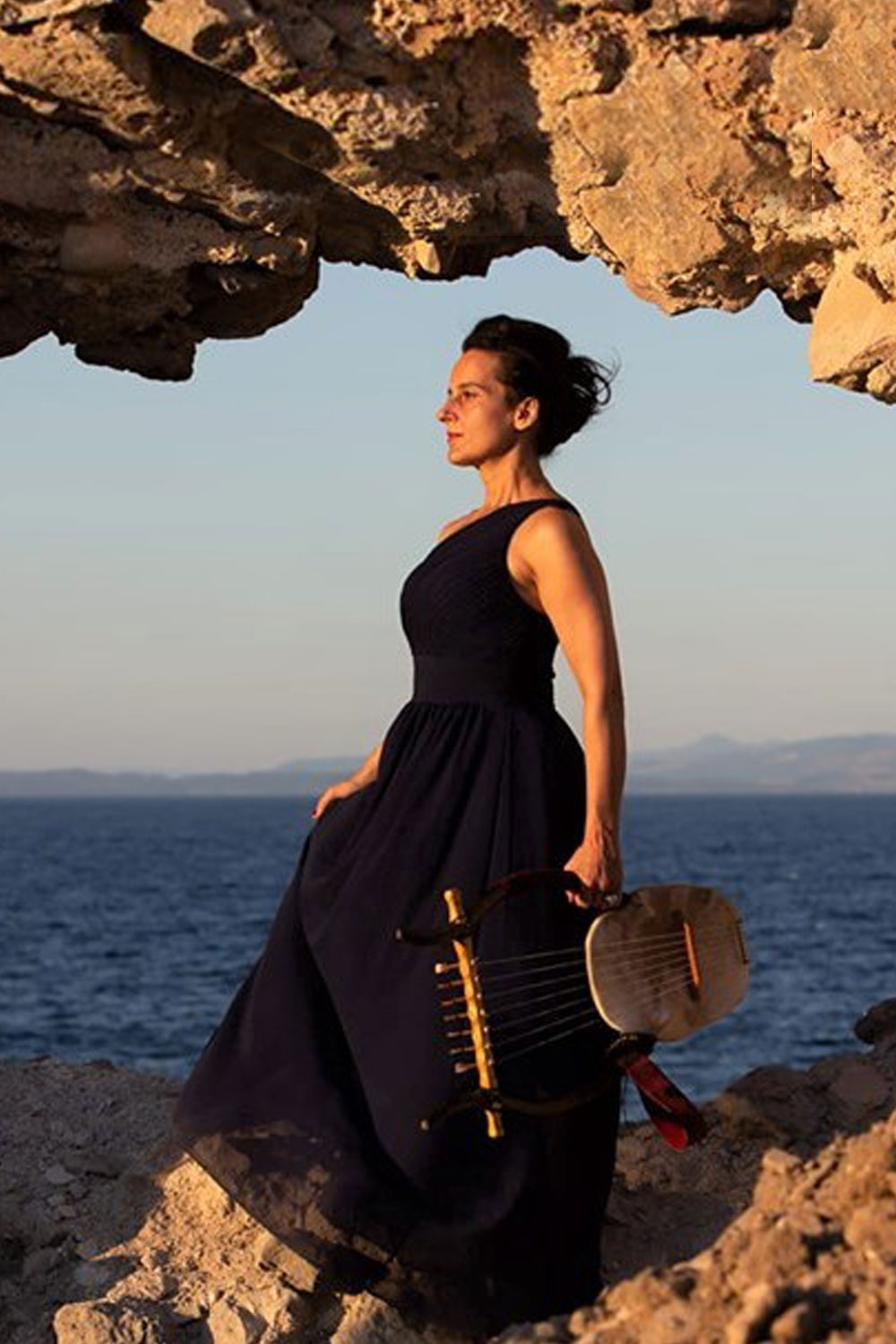 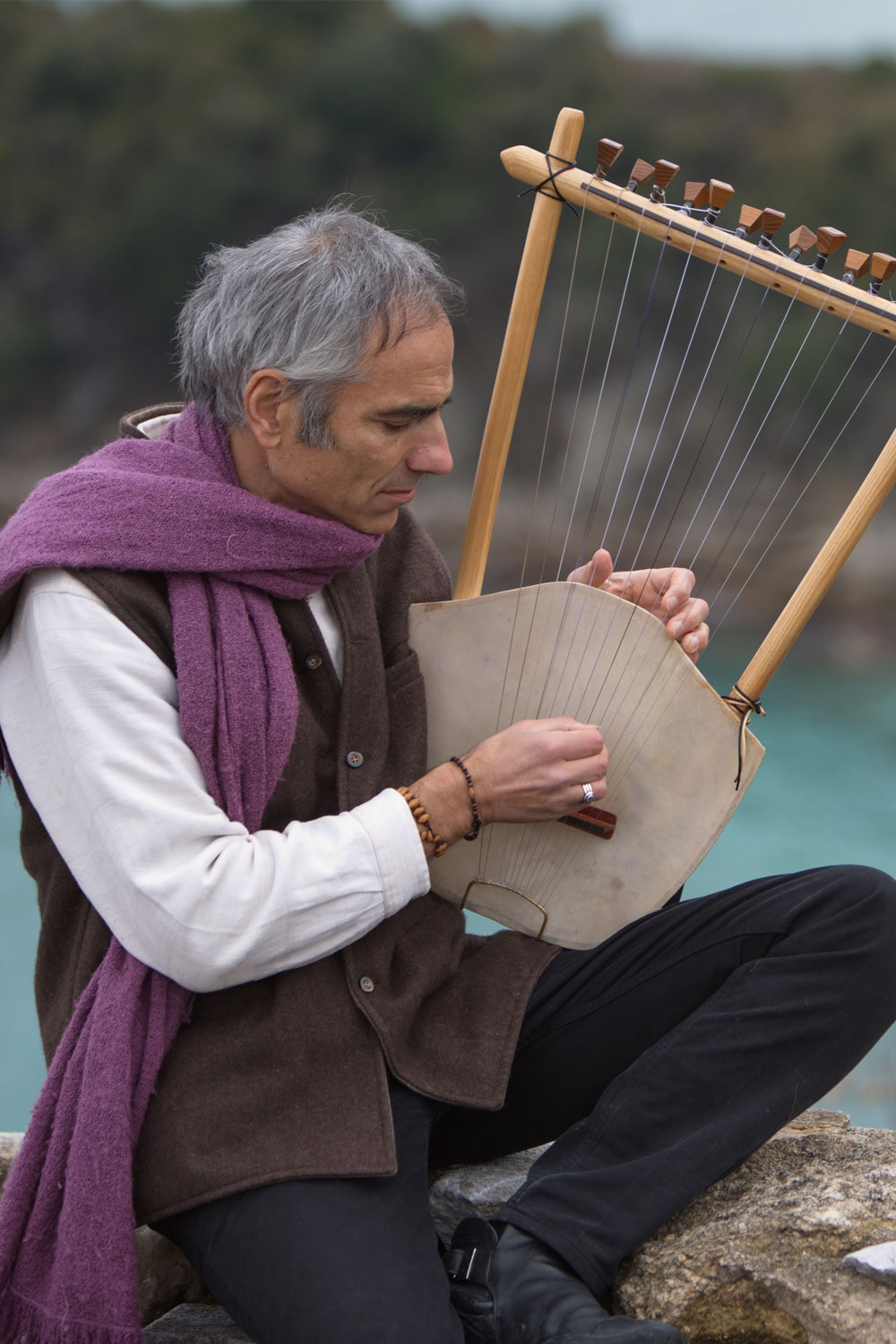 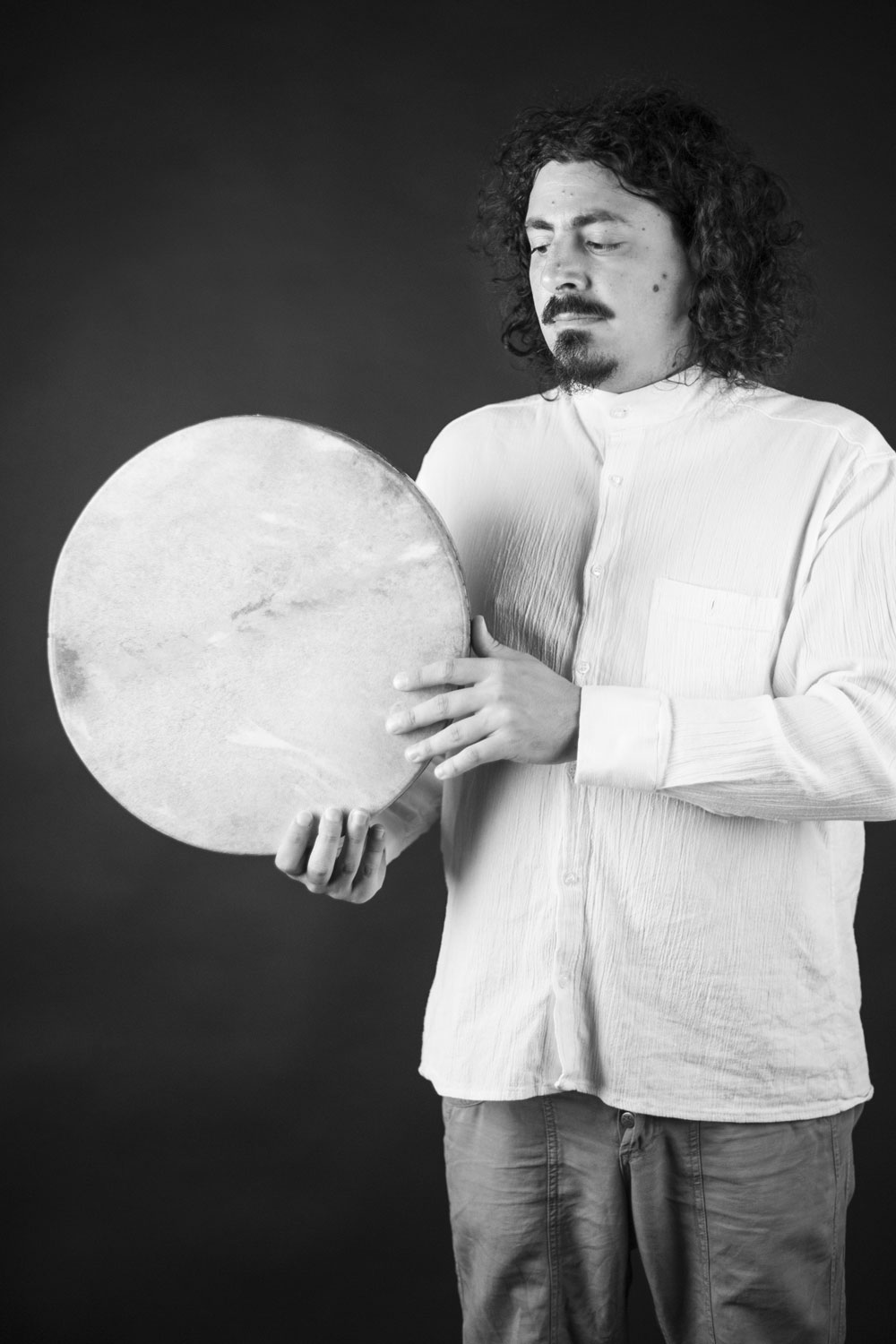